Travel feature - A city made of fear, wood, and water

“To build a city where it is impossible to build a city is madness in itself, but to build there one of the most elegant cities is the madness of a genius.” Alexander Herzen was talking about the famous Italian city Venice here. 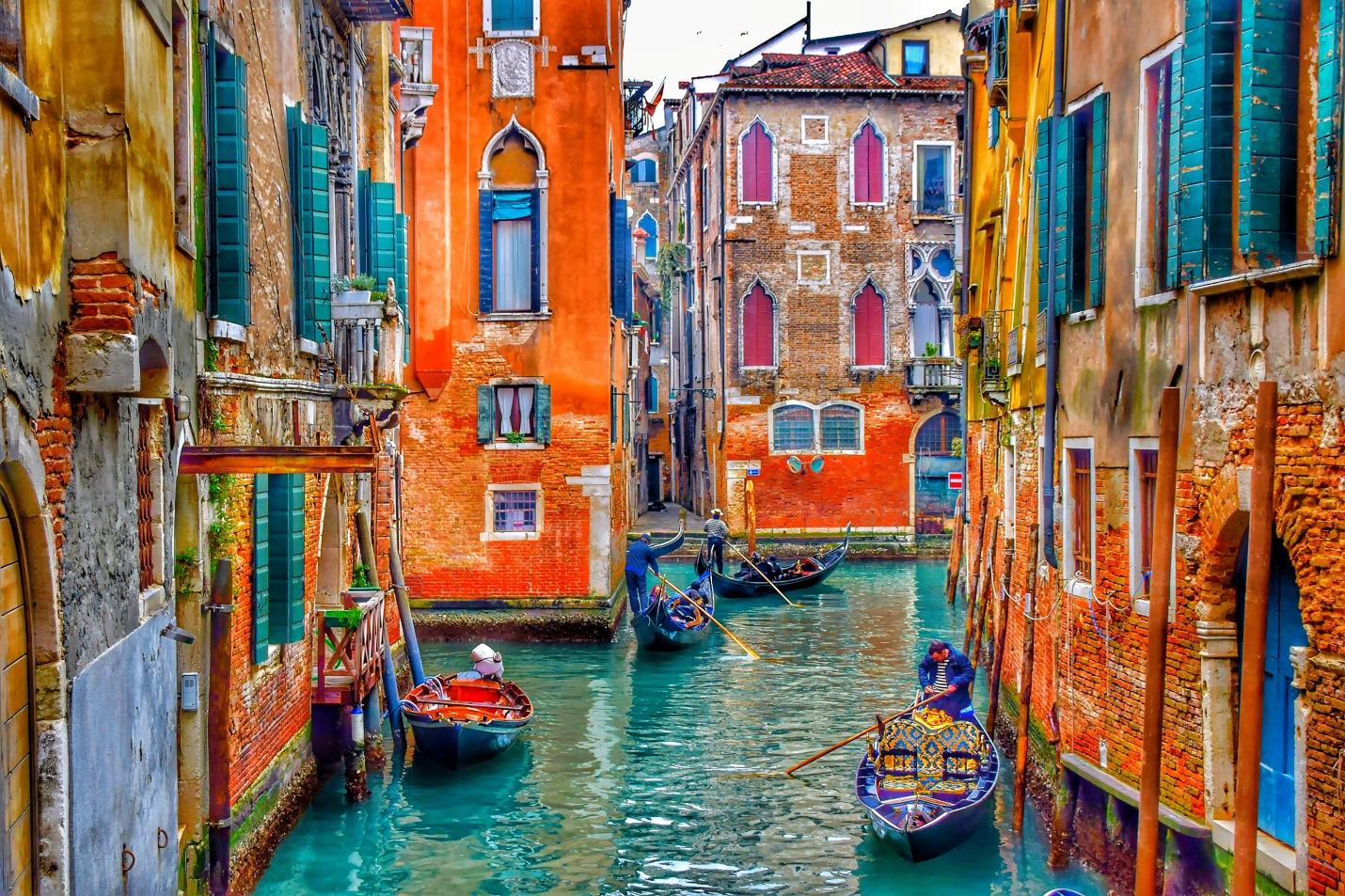 The history of Venice starts precisely at the stroke of noon on 25th of March, 421 A.D. The “mad geniuses” made this city not as a piece of art, but as a measure of security. The people who made Venice were called Venetian lagoon, and they were seeking protection against the savage Barbarians.

You will be mistaken to think that Venice was built over a few months by some terrified refugees to avoid a painful death at the hands of savages. In 421 AD, there was only a handful of Venetian lagoon that laid the foundations of Venice. Hence, in modern terms, Venice was not precisely an “instant hit.”

The Barbarians were just the tip of the iceberg. Scads of other invaders came and pillaged Italy and its people. With each wave of invaders in Italy, there was a fresh wave of new refugees from all over Italy. This migration continued for many years, and the significant movement that took place was in 450 AD.

If you think about it carefully, the idea of Venice was nothing short of genius. The invaders knew nothing about the area as there were no reliable maps those days. Also, the Barbarians and other invaders did not have ships to use in an attack from the sea.

However, at this stage, Venice was still a temporary settlement. All of this changed when the infamous Attila the Hun found his way to what was left of Italy. Once he was done with his business in Italy, the refugees of early Venice knew there was nothing to go back to. Hence, they made up their minds to live there permanently.

Once this decision was made, they found that living there was not as difficult as they had initially imagined. If you were made to live in a city established in the literal sea in 400 A.D, you might have some complaints initially as well. However, after you have spent some years there, it becomes significantly easier to adjust to the changes.

There were many benefits to living in Venice as well. One of the most significant advantages at that time was the abundance of food. Naturally, plentiful seafood was available all around. Moreover, a highly valuable product of that time i-e Salt was also in plenty there. This salt is particularly relevant here as it paved the way for the future riches of Venice. 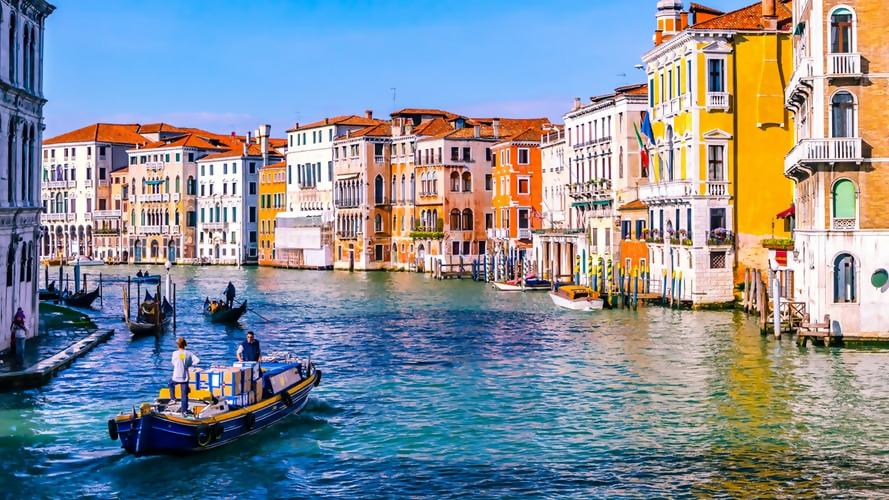 (Landscape photo of a Venice canal)

Due to the salt trade that followed, Venetians were now able to buy and consume things they were unable to in the past. Apart from the salt, another essential factor that set Venice on a path of destiny towards greatness was the nearly three miles of shallow water separating Venice from the rest of Italy.

These few feet of water distanced Venice from the raging imperialism, feudalism, and other territorial issues that became prevalent in Italy after some centuries. Unaffected by the chaos surrounding it, Venice quietly grew to become one of the most amazing and fascinating cities this earth has ever seen.

This way, a city made by refugees to seek protection against invaders turned into one of the most elegant cities in the entire world. Even today, people from all over the world come to Venice to see it in all its glory. It will be unfair to not give the Florentines credit for what they achieved. There are not many people in history that could have turned a malaria-ridden swampland into a beautiful city lasting many centuries.

Now that you know all about the origin of Venice, you may be thinking that “It’s all well and good, but how in heaven’s name were they able to build a city on water?” Glad you asked. Venice is nothing short of a marvel of engineering.

City of Wood and Water

Today, Venice is one of the most visited places on Earth. However, you will be left amazed to know that initially, wooden planks were used to serve as the basis of this great city. What’s even more shocking here is that even after more than 1,600 years, some of the first wooden planks used at that time are still in place today.

The wooden piles used at that time were nearly 60’ in length. These piles were driven deep into the soil and went straight through the weaker outer layers of the silt and dirt. The slits were driven in unless they reached hard clay.

This hard clay was stable and robust enough to hold the weight of the buildings to be made. The wood used to make the base of Venice was highly resistant to water. Still, it must have been washed away after about 500 years. However, multiple events took place which made sure that the wood does not get washed away. You must know that for wood to rot, air, as well as water, must be present. As the oxygen is not there at the 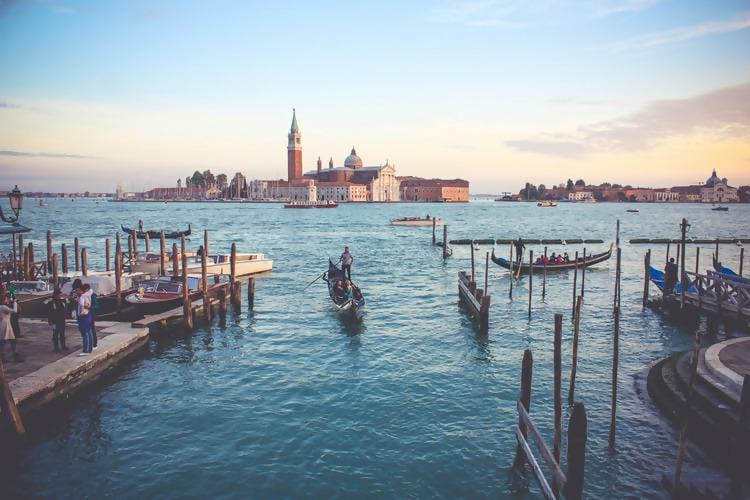 (Photography of people near boat during daytime)

level of a surface at which the wooden piles were erected, it was saved from rotting. However, this was until the second thing happened.

Hence, it can be concluded with a heavy heart that although the past of Venice has been magnificent, the same cannot be said about the future of this great city. We owe it to Venice to save it from destruction.